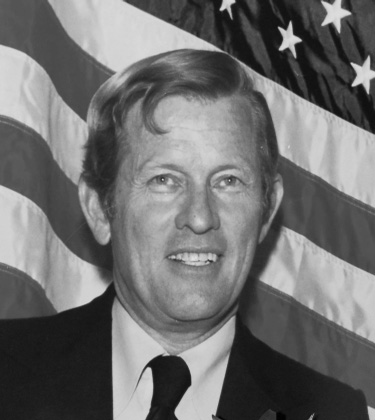 The  International Gymnastics Hall of Fame (IGHOF) presents THE FRANK BARE AWARD to individuals who have made exceptional contributions in promoting and growing the sport of gymnastics throughout the United States. This new award celebrates the legacy of its namesake, the long-time IGHOF chairman of the board, who passed away in 2011. Mr. Bare was one of the most beloved leaders and admired statesmen in the history of gymnastics in the United States. While serving as the first executive director of the U.S. Gymnastics Federation, he guided the sport into its golden age of popularity. Mr. Bare conceived of and staged promotional tours and competitions, including the American Cup, that introduced much of the world to such legendary stars as Nadia Comaneci, Bart Conner, Olga Korbut, Cathy Rigby, Nikolai Andrianov, Kurt Thomas and dozens more.

There is a magical appeal, a universal spark at the core of gymnastics, and Frank Bare found countless ways to share it with the world," said Bart Conner, IGHOF board president. "The Frank Bare Award celebrates individuals who, like Frank, have enabled all of us to tap into that magic and discover its power to inspire excellence. The Frank Bare Award is sponsored in-part by our dear friend, and longtime gymnastics supporter Jana Poland, of Dallas, Texas." 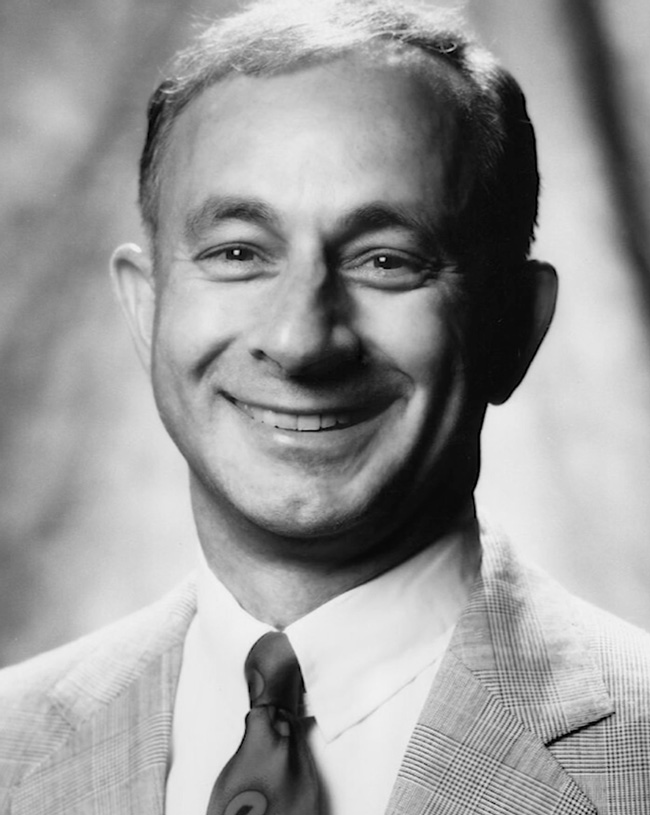 It takes a rare combination of leadership, creativity and guts to rescue a not-for-profit organization with a deficit of $700,000. And that’s exactly what Mike Jacki did when he took over as the president of the U.S. Gymnastics Federation in 1983.

Jacki was born in the Chicago area on December 2, 1946. He excelled as a gymnast at Iowa State, under the coaching of Ed Gagnier. He became an All-American and Nissen Award Nominee, and he won the 1968 Big Eight All-Around title, and also gold medals on floor exercise, rings and parallel bars.

At the young age of 24, Jacki partnered with his former teammate, Jerry Fontana, to build the summer gymnastics camp known as Camp Tsukara. His co-ownership of the extremely popular camp for 15 years, built a firm foundation for Jacki’s business success. He would later become a national sales representative for the up-and-coming AMF American Inc. gymnastics equipment company.

In the late 1970s, U.S. gymnasts were just beginning to consistently earn medals and respect around the world. But in 1983, when Mike Jacki took over the U.S. Gymnastics Federation, the program began experiencing a period of explosive growth.

Jacki was the Competition Director at the 1984 Olympics in Los Angeles, where the U.S. Men’s Olympic Team won its first and still only team gold medal. Mary Lou Retton became the first American to win the All-Around, and the U.S. Women’s Team won the silver.

At various times throughout his four-plus decades of service to gymnastics, Jacki was appointed to, and/or elected to the board of directors and leadership positions within the U.S. Olympic Committee, the Atlanta Committee for the 1996 Olympic Games, and the International Gymnastics Federation, where he remains a lifetime honorary member.

During Jacki’s tenure, the U.S. program expanded its membership base, initiated education and safety programs, and enjoyed a dramatic increase in TV exposure and sponsorship revenues.

More recently, Jacki has served as senior vice resident of Powder Woodward LLC, which has developed gymnastics and action sports camps in Pennsylvania, California, Colorado and even Beijing, China.

With his visionary ideas, Mike Jacki continues to be a sought-after consultant for sports organizations and his cutting-edge action sports concepts, in particular, continue to be implemented all around the world.

For his passion and love for gymnastics, as well as all of his ground-breaking contributions to the sport, the International Gymnastics Hall of Fame presented the 2017 Frank Bare Award to Mr. Mike Jacki. 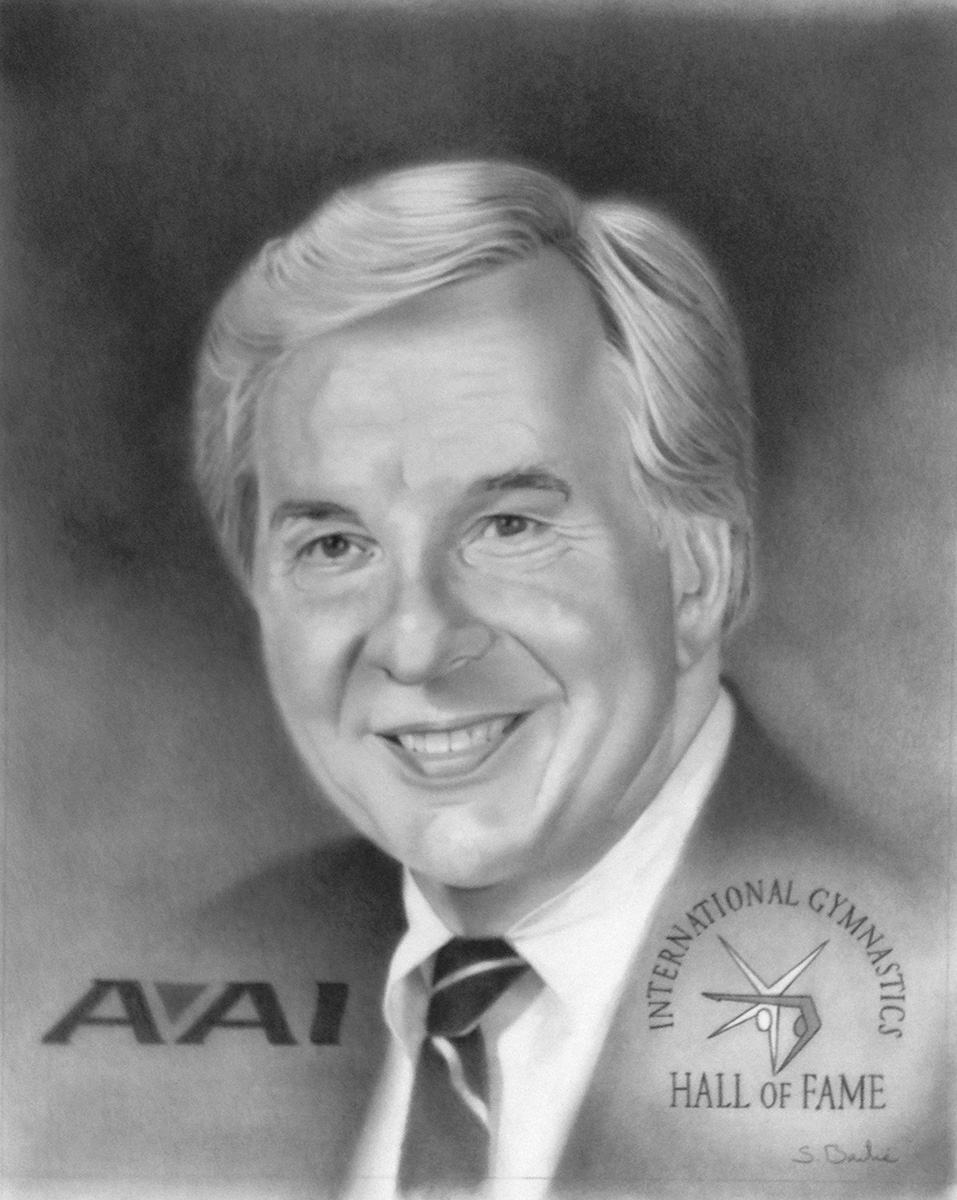 Certain things are taken for granted in the world of U.S. gymnastics, one of which is the ubiquity of American Athletic, Inc., equipment. AAI is the official supplier at every major domestic competition, and can also be found in gym clubs all across the nation. It has also provided the apparatus for multiple Olympic Games and World Championships.

The company was founded in 1954 by Bill Sorenson, who was born in Spencer, Iowa, in 1931. Sorenson grew up on a farm and attended a one-room school that averaged nine students each year. Sorenson must have paid attention, because he built a company that is still going strong today.

Sorenson played several sports in high school, but he enjoyed swimming and diving the most. As a freshman at the University of Iowa, he went out for the diving team. One day, however, Dick Holzaepfel, the gymnastics coach, showed up at the pool and invited him and a friend, Frank LaDue, to bounce on a trampoline. They were hooked and immediately joined the gymnastics team instead. Apparently, they made the right choice. In 1952, LaDue and Sorenson placed first and second, respectively, at the AAU National Championships. In 1953, Sorenson was the Big Ten Trampoline Champion.

The university was good to Sorenson in other ways. That’s where he met his wife, Jane Seela, and they were married his senior year. After performing with the Tom Parris Trio in New York for a while, Sorenson returned to Iowa to follow his dream. He began building trampolines in the basement of his father-in-law’s hardware store in Jefferson, and later convinced his brother-in-law and two friends to become partners in the American Trampoline Company, which is now AAI. Sorenson held several roles within the company as it grew. 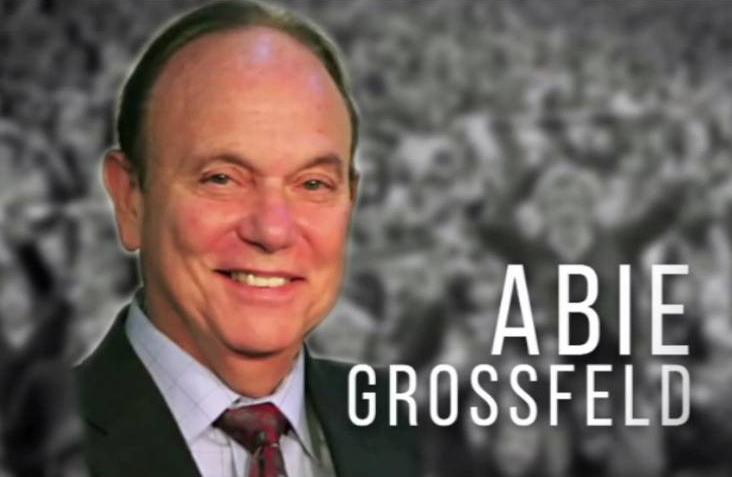 Spend any amount of time with Abie Grossfeld, and through his infectious storytelling, he will make you feel like a close friend.

Abie was born on March 1, 1934, and grew up a sickly child of Polish immigrants in New York. However, the young boy was also driven to overcome his weaknesses, which is how he became involved in sports. He participated in track and field, swimming, diving, and he was even a Golden Glove boring champion before he discovered his life-long passion of gymnastics.

Grossfeld began gymnastics at the westside YMCA in New York City, and eventually competed for the University of Illinois, where he won 4 NCAA titles, as well as 7 Big 10 championships. While at Illinois, he earned his bachelor and masters degrees.

After retiring from competitive gymnastics, Grossfeld began a long and successful coaching career at Southern Connecticut State College, which is now a university. What he accomplished there over 4 decades is remarkable, considering he had no scholarships and a modest training facility. Beyond the collegiate scene, Grossfeld served as the head coach of the U.S. from 1981 to 1988, including 5 World Championships and 3 Pan American Games. He coached 4 gymnasts who won the prestigious Nissen Award — John Crosby, Jay Whelan, Mario McCutcheon and Peter Kormann, who would go on to win the first medal for the U.S. Olympic Team in 44 years, as Kormann took the floor exercise bronze medal in Montreal in 1976.

Most notably, Grossfeld was the coach for the historic victory of the U.S. men’s program, the 1984 Olympic team gold medal. That year, Abie’s demeanor and presence had a calming effect that united a team of rival gymnastics into champions.

Grossfeld is a member of the U.S. Gymnastics Hall of Fame, as an athlete, coach and contributor, and has been an international Brevet judge since 1969. After retiring from Southern Connecticut in 2004, Grossfeld’s love of the sport has never wavered. He continues to coach at summer camps and attend major events around the U.S. and abroad. And everywhere he goes, he attracts friends old and new, who enjoy chatting with one of the most friendly and knowledgeable ambassadors of the sport of gymnastics. 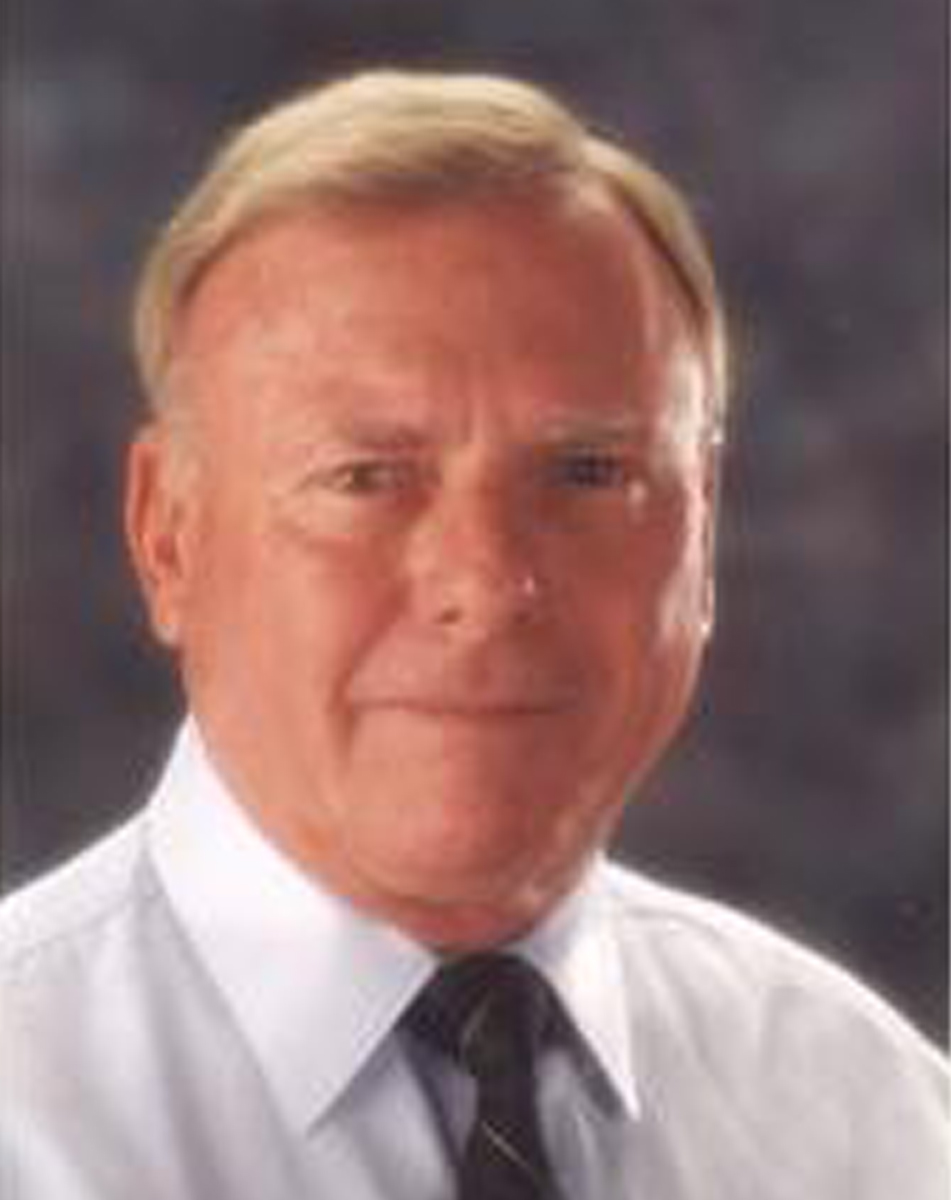 The stage was set for a perfect storm. The 1972 Olympics were being broadcast by ABC Sports on a larger scale than ever before. There was a great deal of interest in women’s gymnastics, because of the high expectations and popularity of American Cathy Rigby. Plus, Emmy-Award winning sportscaster Jim McKay was partnered with the effervescent Gordon Maddux.

While the cameras were originally trained on the Hungarians and East Germans, Gordon Maddux noticed a tiny young Russian gymnast named Olga Korbut. Thanks in large part to his commentary during her historic uneven bars routine, life changed dramatically for Olga Korbut, Gordon Maddux, and, in fact, for the entire sport of gymnastics.

Maddox’s genuine enthusiasm for the sport, as well as his sense of awe and wonder, helped draw in the average viewer and enabled them to appreciate gymnastics as never before. Maddox’s energetic delivery brought us all along for the ride, as we became fans of the  individual athletes and the sport as well.

Born June 16, 1931, in Denver, Maddux was a successful gymnast and coach in Colorado in the 1950s. However, it was his over 20 year career as a commentator, originally for CBS and then for ABC, that distinguishes his career. One fateful day, while Gordon was coaching his gymnastics team at Cal State Los Angeles, he broke away from a training session to answer a phone call from the legendary Roone Arledge, who  asked Maddux to work as an announcer on a summer replacement sports show called “ABC’s Wide World of Sports.”  This phone call, as it turns out, was as life changing for Maddux as it was for the sport.

For more than 20 years, Gordon Maddux spanned the globe with ABC, covering major gymnastics events, including five Olympic Games. He introduced the world to gymnastics stars all along the way.

Maddux, always a coach and teacher at heart, was constantly committed to educating and enlightening the TV audience by teaching them the nuances of the sport. But it was Maddux’s true love of gymnastics that captivated the audience. Gordon Maddux’s contribution to the growth and popularity of gymnastics will remain profound. And he is rightfully acknowledged as a game-changer in U.S. gymnastics history.

That is why Gordon Maddux is the 2014 Frank Bare Award honoree of the International Gymnastics Hall of Fame.

The inaugural recipient of The Frank Bare Award is Doug Wilson. As an Emmy award-winning television producer/director for ABC's Wide World of Sports, Mr. Wilson made significant contributions to popularizing gymnastics during the 1960s, '70s and '80s. He directed the gymnastics telecasts from several Olympiads, including Olga Korbut's dramatic debut during the 1972 Olympic Games in Munich. Nadia Comaneci's first step into the U.S. spotlight at the 1976 American Cup in Madison Square Garden, as well as gymnastics legend Vera Caslavska's 1964 and 1968 Olympic triumphs, were seen by millions, thanks to broadcasts produced and directed by Mr. Wilson and the team at ABC's Wide World of Sports.