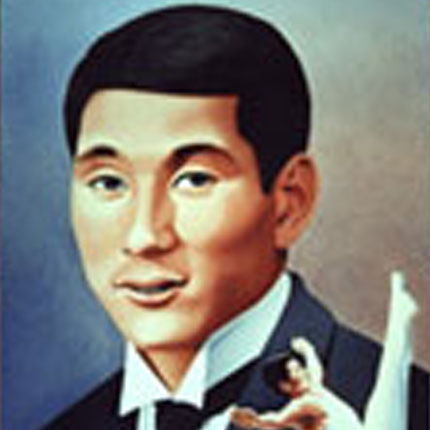 At the 1964 Olympics, Yamashita’s 9.90 earned him the gold medal on his best event, the vault, defeating his nearest rival by nearly half a point.

Haruhiro Yamashita was born in 1938, in Uwajima, in the Ehime Prefecture in Japan. His career took place during the glory days of Japanese men’s gymnastics.

Long known for their stylish and technically precise routines, the Japanese men dominated the world gymnastics scene for 20 years — from the 1950s to the 1970s.

At the 1962 World Championships, Yamashita contributed to the team gold medal. He also placed 7th in the all-around, second on the vault, and fourth on the floor exercise and parallel bars.

By the time of the opening of the 1964 Olympic Games in Tokyo, the Japanese men were poised to dominate the Games in their home country. And they did.

That year, Yamashita helped to lead his team to the gold medal. He was sixth in the all-around, fourth on the pommel horse, and won the individual gold medal on his best event, the vault.  Yamashita’s 9.90 earned him the gold medal, defeating his nearest rival by nearly half a point.

Legendary gymnastics greats, like Endo, Takemoto and Yamashita, were not only atop the awards podium often, but they each left their marks on the sport with namesake moves.