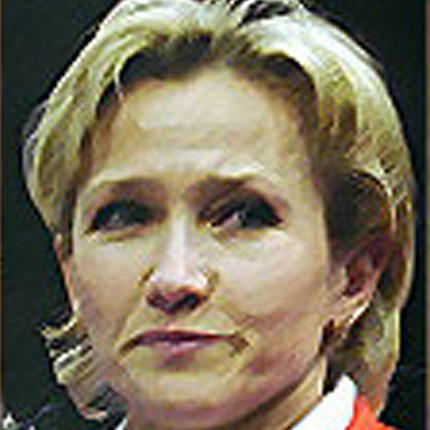 All-around champion of the 1980 Moscow Olympic Games, Russia's Yelena Davydova cast a charm on audiences by weaving her flowing routines with cutting-edge difficulty.

All-around champion of the 1980 Moscow Olympic Games, Russia's Yelena Davydova cast a charm on audiences by weaving her flowing routines with cutting-edge difficulty. Although the Western boycott of the 1980 Games reduced the worldwide attention Davydova might have gained by her Olympic glory, she is well remembered by gymnastics fans today.

Davydova's capacity to dare some of the riskiest elements was matched by her exquisite presentation. At the 1980 Moscow Games, she earned a perfect score of 10.0 on floor exercise in the all-around final. Her routine, magically choreographed in a Middle Eastern theme, helped her seal the title.

A year later, when Davydova performed an exhibition of the same routine at the International Gymnastics Federation's 100th Anniversary Gala in Switzerland, audiences demanded an encore, which she graciously and instantly gave.

Davydova went on to win the all-around bronze medal at the 1981 World Championships in Moscow, and then earned a coaching degree. After years of training young gymnasts in Saint Petersburg, Davydova immigrated to Canada. She and her family reside in Ontario, where Davydova develops new talent. From 1997-2007, Davydova produced three Canadian senior national all-around champions.

In 2006 Davydova was inducted into the International Gymnastics Hall of Fame. "The Hall of Fame is all about the history," she said during her induction speech. "It's not about who is better and who is not. It's about … every single person who brings something special, whether it's new skills or the great achievements."