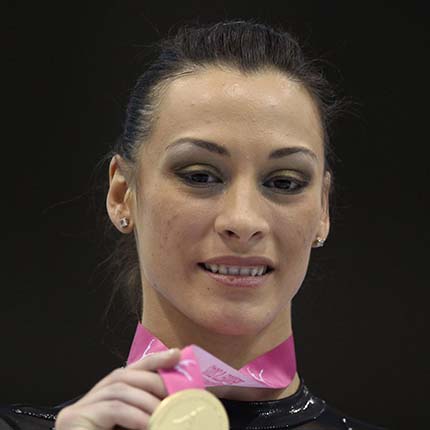 Remarkably, after nearly a 4-year break from competition, Ponor decided to try for her second Olympics--even after a surgery to correct a congenital heart defect.

In a sport where the window of opportunity, particularly for an elite female gymnast, is quite small, the fact Catalina Ponor is the only Romanian gymnast to have won major international gold medals 13 years apart is almost unheard of.

Ponor was born in Constanza on August 20, 1987, and started gymnastics when she was four years old. In 2002, she was invited to join the national team to train with the Romanian national team coaches, Octavian Bellu and Mariana Bitang.

Ponor made her international debut at the 2003 World Artistic Gymnastics Championships. Then, the following year at the 2004 Athens Oympics, Ponor won three gold medals in the team competition, floor exercise and the balance beam- becoming the first gymnast to win three gold medals in a single Olympics since Hall of Famer Daniella Silivas in 1988.

Ponor retired due to ongoing injuries.

Then, remarkably, after nearly a four year break from competition, Ponor decided to try for her second Olympics--even after having surgery to correct a congenital heart defect that was causing an arrhythmia.

In 2012 in London, Ponor helped the Romanian team to a 4th place finish and qualified to two event finals. After finishing in 4th place on the beam, Ponor was spectacular in the floor exercise final, where she earned the silver medal in London, eight year after winning her first Olympic medal in Athens. She retired again with no regrets.

Then, three years later in 2015, Ponor felt compelled to come back to elite competition one final time!

In June 2016, Ponor was selected to represent Romania at the Rio Summer Olympics, and she selected as Romania's flag bearer for the opening ceremonies-- the first time this honor was given to a gymnast.

She placed seventh in the beam final, falling short of winning another Olympic medal.

Ponor continued to compete in 2017, in the hopes of participating in the European Championships, which were to be held in her home country of Romania. There, in front of a noisy and appreciative crowd, she won her final gold medal on the beam. Later that year, Ponor announced her retirement for the third and final time. 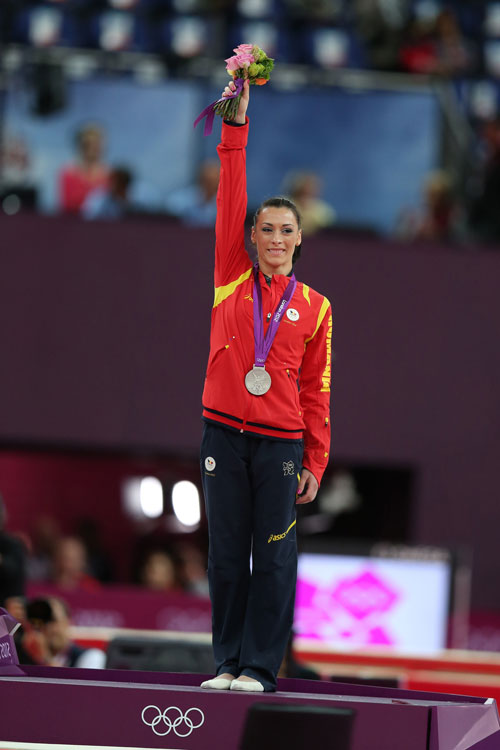 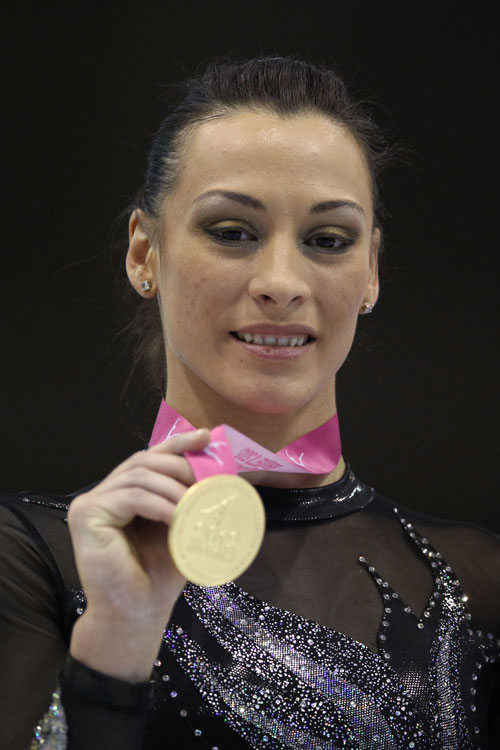 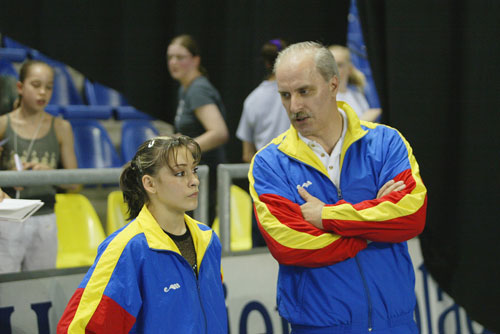 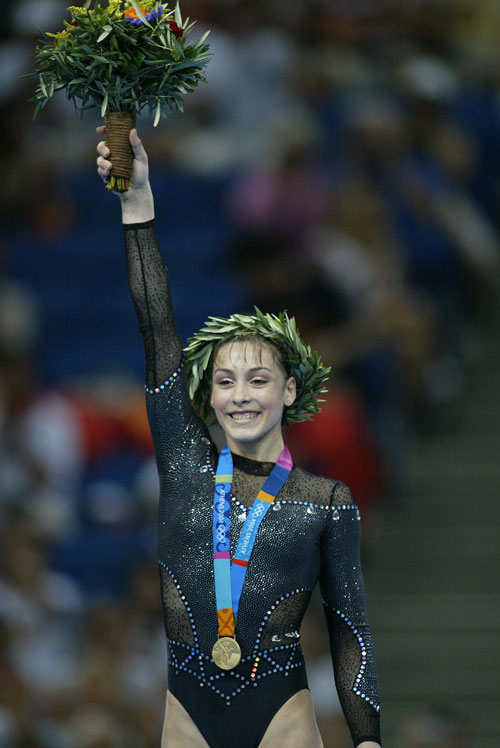 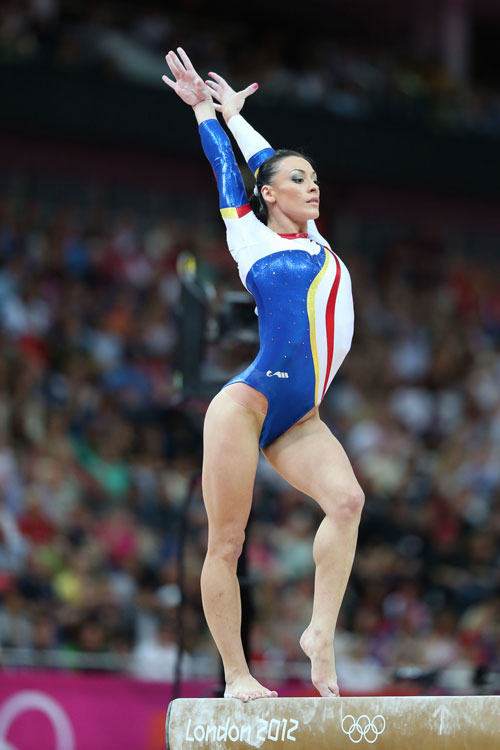 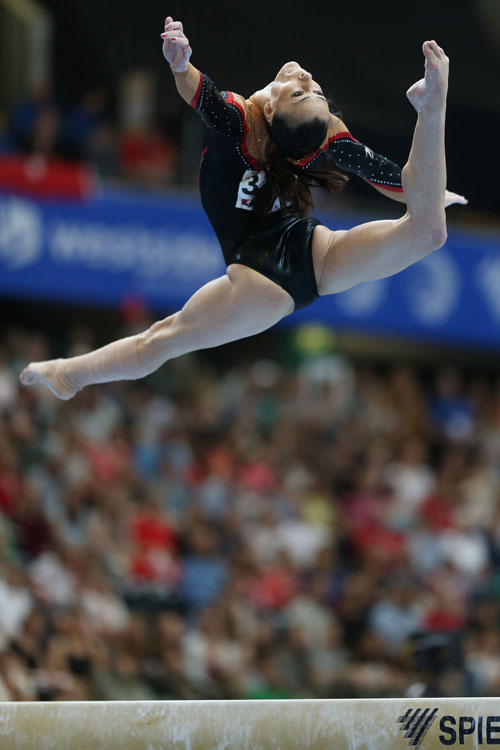 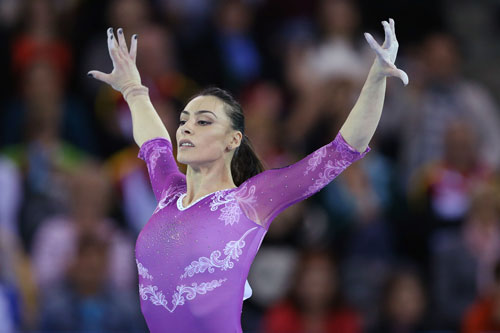 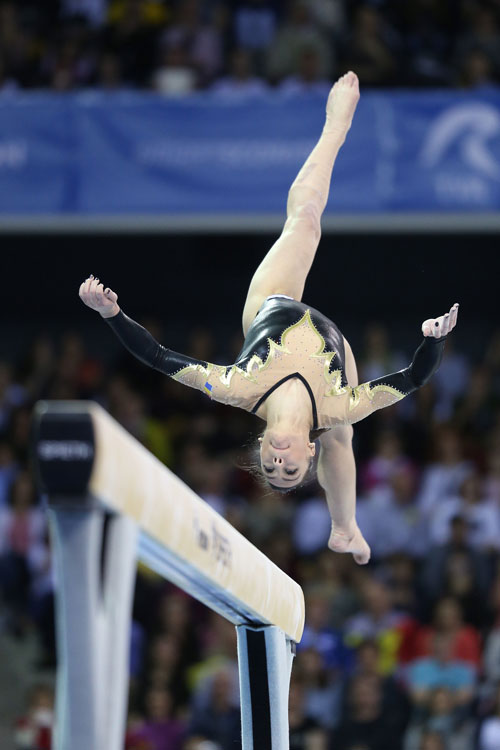 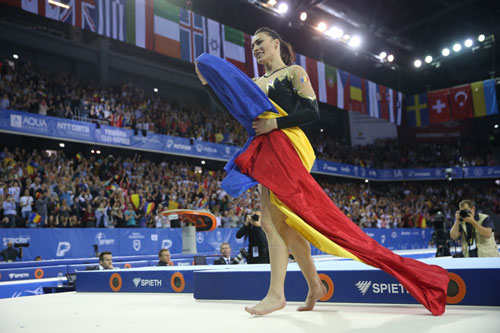 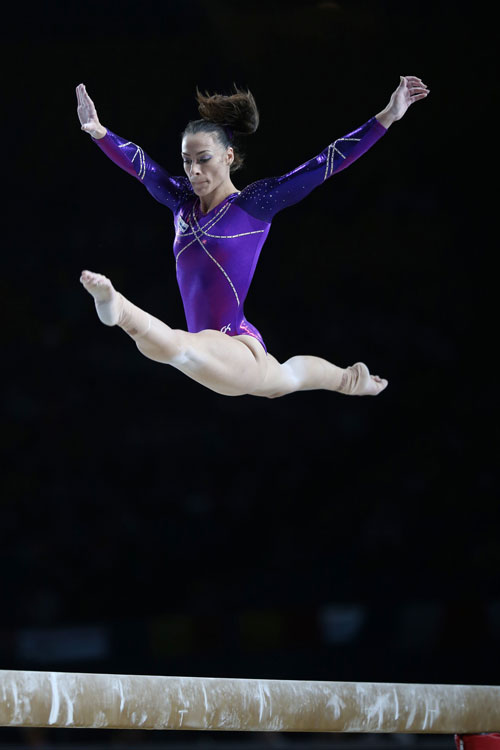 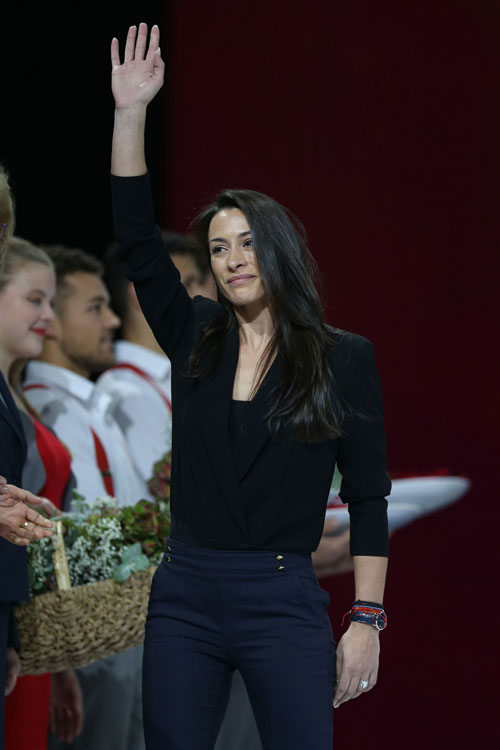