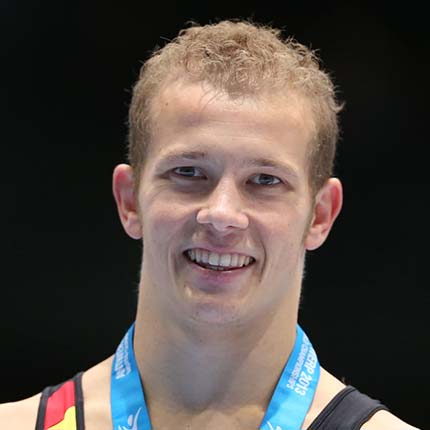 At the 2016 Olympics, Hambüchen again qualified for the high bar finals. Against fierce competition and with a gutsy performance, he won his third Olympic medal on the event--and this time it was GOLD!

When his feet came to rest on the landing of his final high bar routine at the 2016 Olympics, Fabian Hambüchen and his competitive career, as well as his legacy as one of the most accomplished German gymnasts in history, was complete.

Hambüchen was born October 25, 1987, in Bergisch Gladbach. He was coached by his father, Wolfgang Hambüchen, and it was clear at an early age that he had the talent to be a champion. What was not as obvious, at the time, was the steel resolve that Fabian would demonstrate throughout his legendary gymnastics journey.

Hambüchen was the youngest German athlete at the 2004 Summer Olympics in Athens, where the German team placed 8th. Individually, Hambüchen finished 23rd in the all-around and 7th on the high bar.

At the 2006 World Artistic Gymnastics Championships, Hambüchen won his first World Championship medal, at the age of 18, with bronze in the all-around competition. His excellent technique and execution earned him the bronze medal in the vault, as well.

The following year, at the 2007 World Artistic Gymnastics Championships in Stuttgart, the German team won the bronze medal in front of the home crowd. Individually, Hambüchen won the All-Around silver medal, and the gold medal on the horizontal bar, becoming World Champion on that event. In 2007, he was named the German Sportspersonality of the Year.
Going into the 2008 Summer Olympics in Beijing, Hambüchen was considered the favorite for the high bar title and a strong contender for an all-around medal. In the all-around final, however, Hambüchen fell on high bar and placed 7th. Then, in the high bar event finals, he came back to win his first Olympic Medal, a bronze.

Over the next few years, Hambüchen experienced many of the obstacles that older gymnasts face, including a foot injury and a torn Achilles Tendon in 2011.

After skipping several international competitions to focus on the 2012 Summer Olympics in London, Hambüchen soared in the High Bar finals, winning his second Olympic medal, this time, the silver.

Heading into 2016, Hambüchen had his sights set on his third and final shot at an Olympic Gold medal, but he was unable to compete for the first half of the year due to a shoulder injury.

At the 2016 Summer Olympics in Rio, he qualified in 1st place for the high bar final. Once again, the competition was fierce and the tension immense. With his gutsy performance, Hambüchen won his third Olympic medal on the high bar-this time it was GOLD!

With an Olympic gold medal in 2016, Hambüchen completed the full set of medals, one in each color, at separate Olympics. He retired after Rio, stating that his Olympic title was "a dream come true." Fabian Hambüchen is appreciated as one of the most resilient and accomplished German gymnasts of all time. Today, he remains one of the sport's greatest ambassadors, and is a member of the Class of 2022 in the International Gymnastics Hall of Fame. 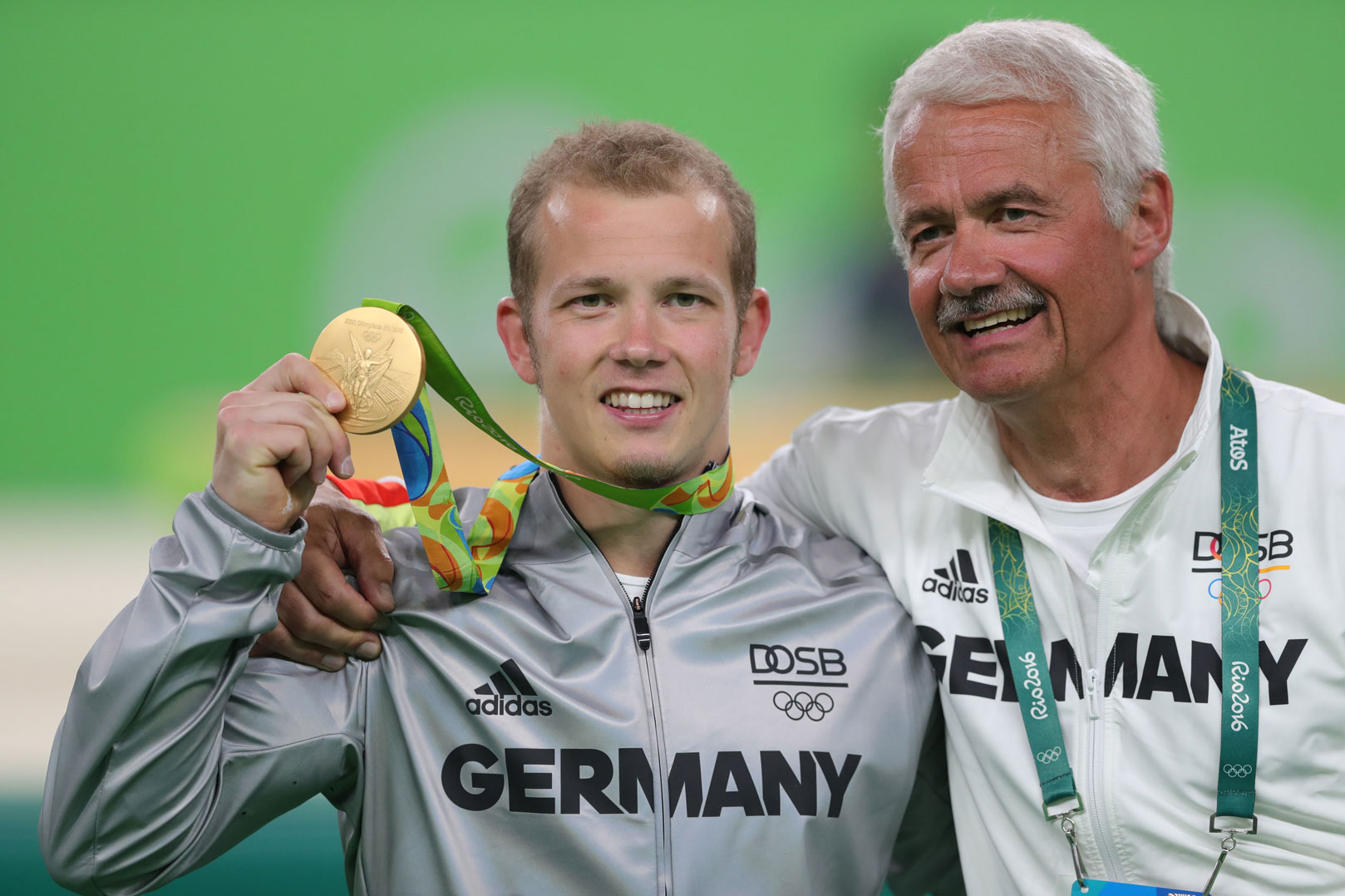 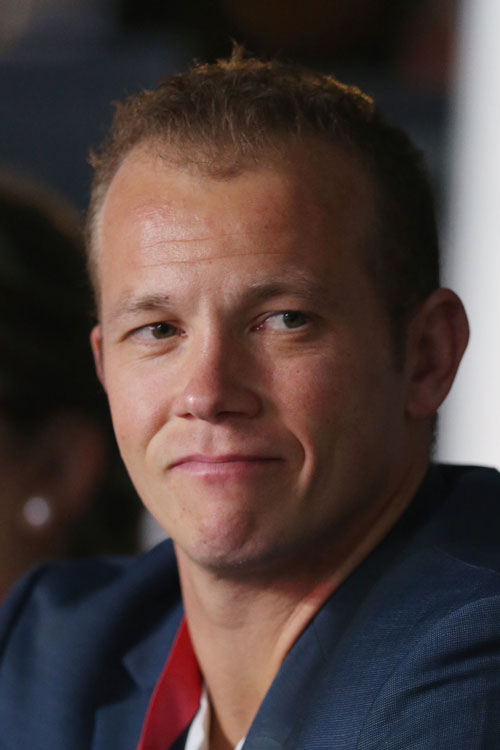 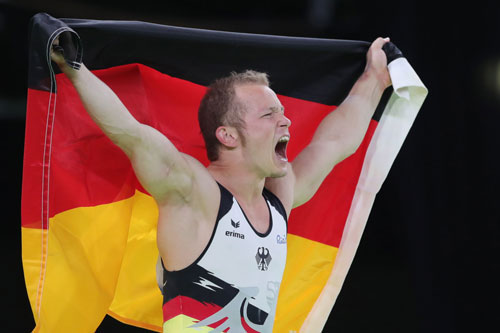 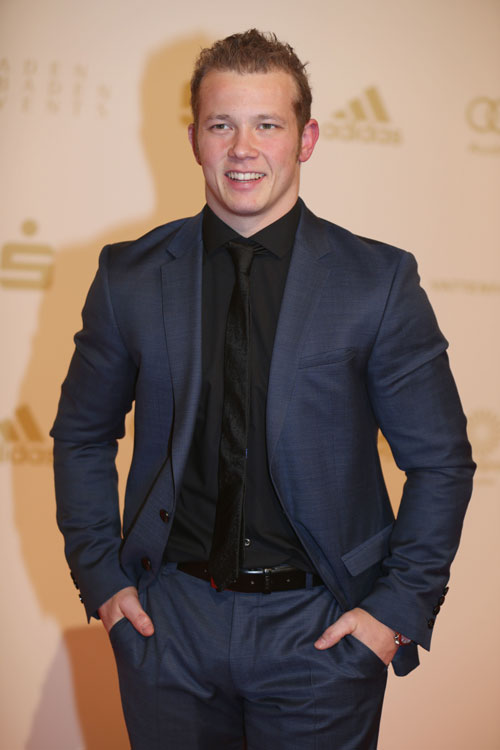 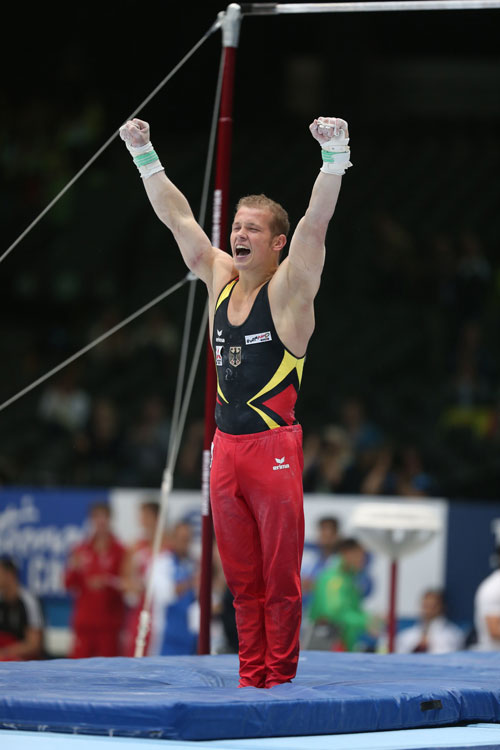 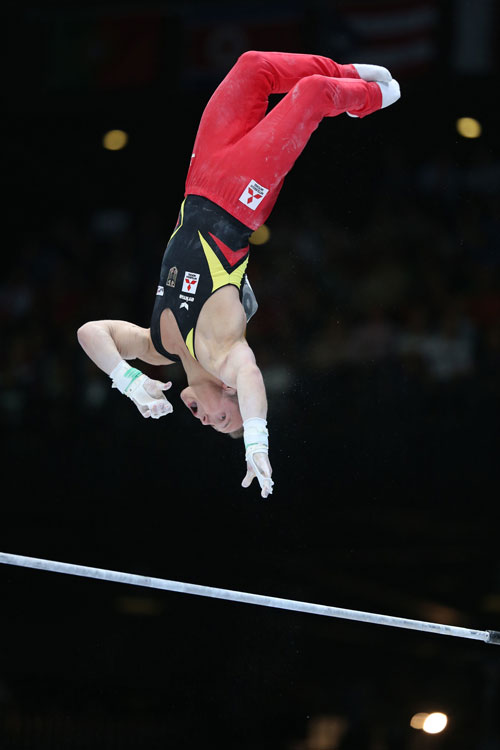 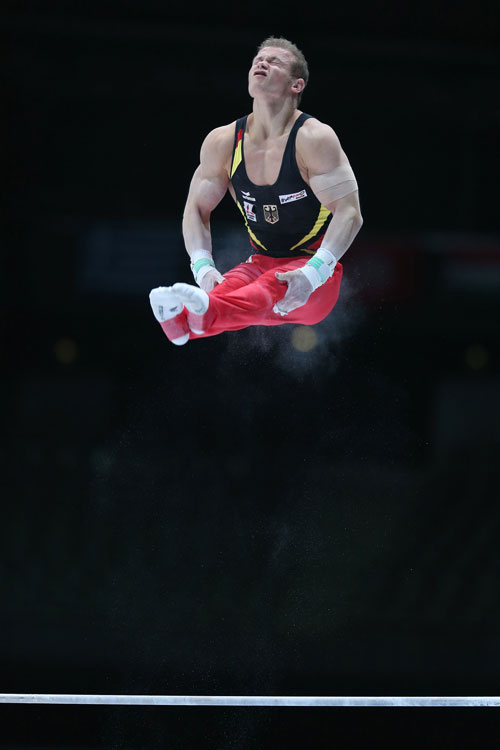 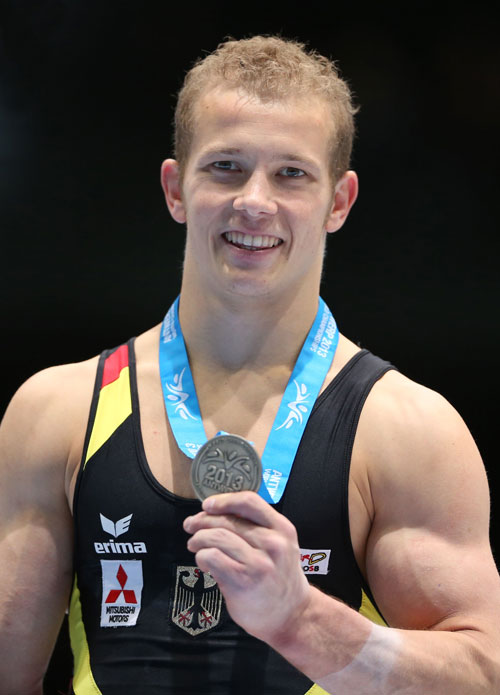 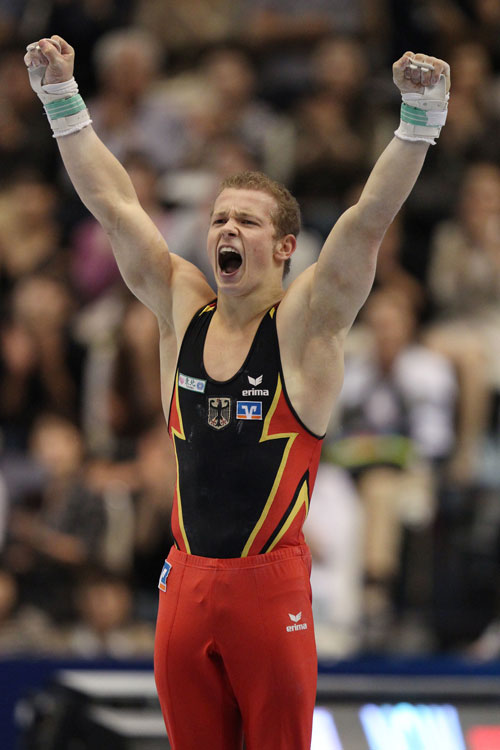 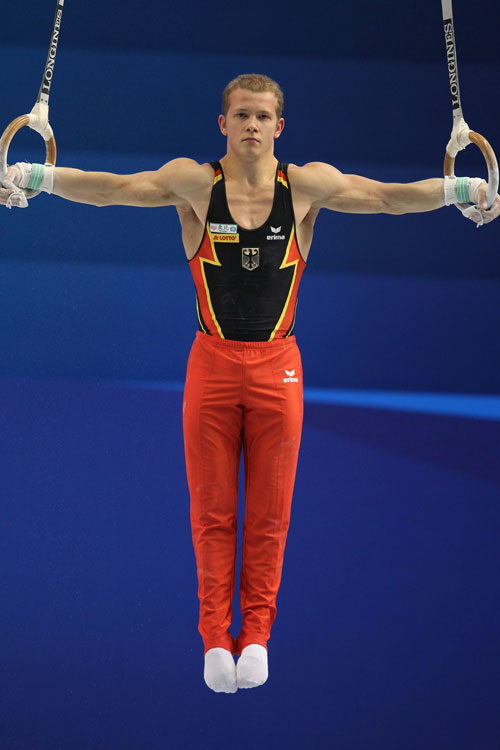 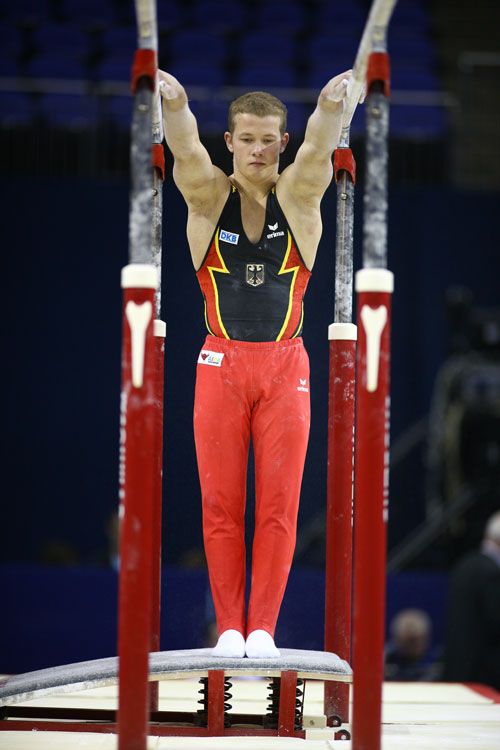 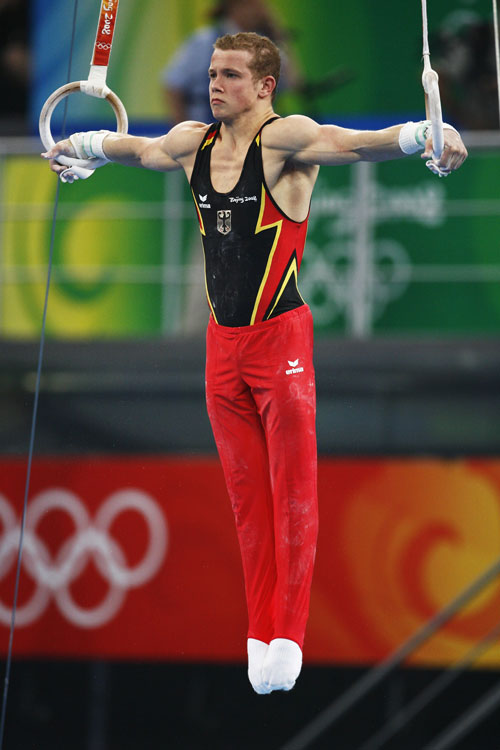 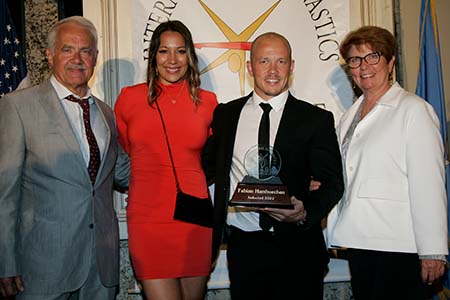 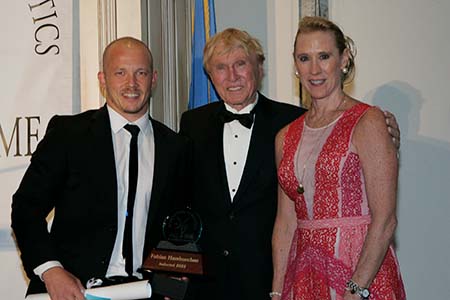 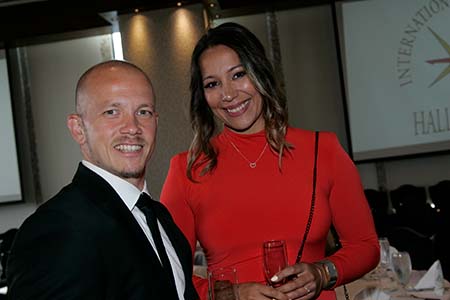 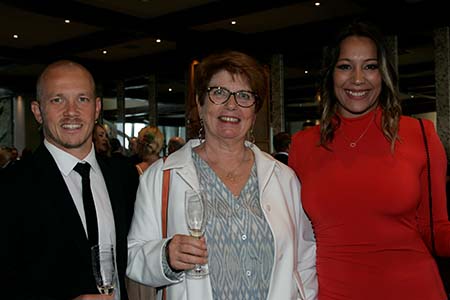 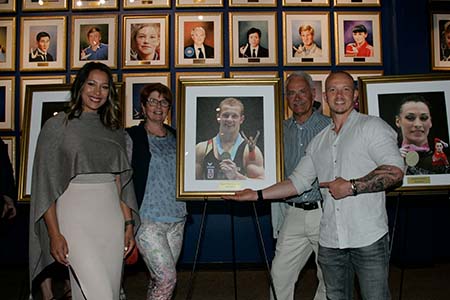