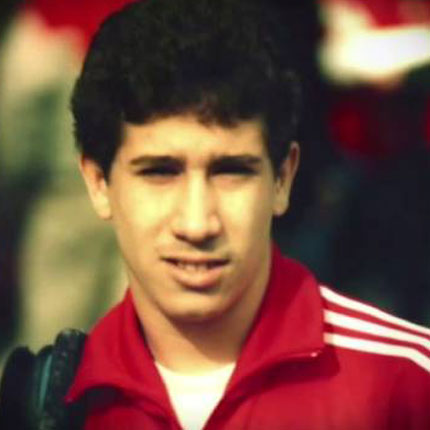 The tidal wave of talent that kept the Soviet Union atop the gymnastics world in the 1980s was legendary. But with so many great gymnasts on one team, the stars of each were merely part of a sun-like glare.

Valery Belenky came along at the tail end of the Soviet Union’s gymnastics dynasty that won 6 World Championships and 3 Olympic team titles from 1979 to 1992. Had he been a few years younger, however, he might never have made it as far as he did.

Belenky had a second career competing for Germany. While the team was not at the level of the former Soviet Union, Belenky shone individually.

Born on September 5, in 1969, in Baku, Azerbiajan, Belenky started gymnastics at the relatively late age of 10. That’s when coach Alexi Arekov noticed him at his school and invited him to join the team. Despite the outdated equipment in Baku, Belenky progressed enough to make the Soviet team for the 1989 World Championships. Individually, however, he barely made a ripple. Yet a year later, he was on top of the world, so to speak, known for his beautiful lines and excellent technique, he dominated the 1990 World Cup in Brussels, winning the all-around, rings, parallel bars and high bar.

At the 1991 World Championships in Indianapolis, he won two golds: one with his team and one on the pommel horse. At the 1992 Olympics, the last time the Soviet Union competed together, he won a team gold medal and a bronze in the all-around.

Then after the Soviet Union split into separate republics, Belenky’s career took a drastic turn. Since Azerbaijan could not support its own gymnastics program, Belenky had a second career competing for Germany. While the team was not at the level of the former Soviet Union, Belenky shone individually. He placed 4th all-around at the 1994 Brisbane World Championships. In his final two World Championships, 1997 and 1999, he reached the pommel horse finals in each, placing first and 6th respectively.

After retiring from competition, Belenky remained in Germany as a coach, and the results have been impressive. One of his most impressive gymnasts, Marcel Nguyen, placed second in the all-around in the 2012 Olympic Games in London. Wherever he travels around the world, with his bright smile and clever disposition, Valery Belenky continues to be a favorite on the international gymnastics scene.