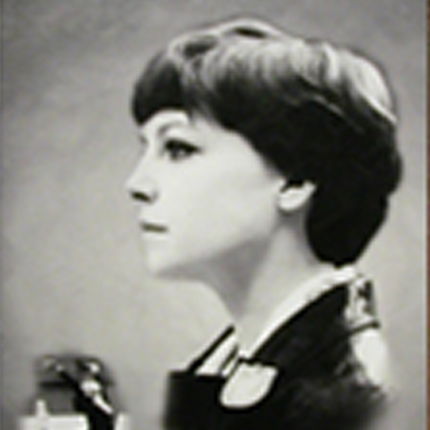 Dubbed "the Bride of Mexico" at the 1968 Olympic Games, she became a favorite of the Mexican crowd, and fans serenaded her with the song "Natalie" during her stay.

Born March 12, 1949, Leningrad, Soviet Union – A gymnast known for her grace and charm, Natalia Kuchinskaya won 10 world and Olympic medals. At her first major international competition, the 1966 World Championships, she won three individual gold medals (uneven bars, balance beam and floor exercise). At the 1968 Olympic Games in Mexico City, she won gold medals with the Soviet team and on the balance beam event, and bronze medals in the all-around and on floor exercise. Dubbed "the Bride of Mexico" at those Olympic Games, she became an audience favorite of the Mexican crowd, and fans serenaded her with a song "Natalie" during her stay. Kuchinskaya was also the Soviet all-around champion on four consecutive occasions (1965-1968). Kuchinskaya emigrated to the United States in the early 1990s and now coaches at her own gym, International Gymnastics, in Mount Prospect, Ill. She has been married to Alexander Kotliar, an optician, for three decades.