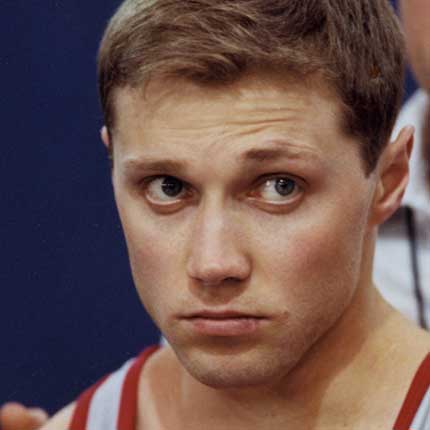 With enormous strength, explosive power, precise technique and elegant presentation Ivan Ivankov was the prototype of the ideal gymnast.

Just eleven months after the Achilles surgery, in one of the most incredible comebacks in gymnastics history, Ivankov won the All-Around gold medal at the 1997 World Championships in Lausanne.

Ivankov began the sport at the age of six, and by the time he was fourteen, he became a member of the Soviet national junior team, training at the prestigious Round Lake national gymnastics center.

Coached by Viktor Doylidov and Vladimir Vatkin, Ivankov eventually became one of the most decorated gymnasts in Belarussian history.

Ivankov established himself as a top up-and-coming gymnast at the 1991 Junior European Championships in Greece, where he won the all-around, pommel horse, high bar, vault and still rings titles, and earned a silver medal on the floor exercise.

His first major senior title came at the 1994 World Championships in Brisbane, Australia.  While all eyes were on favorites Alexei Voropaev of Russia and Vitaly Scherbo of Belarus, Ivankov sailed smoothly through the competition, and used a risky pommel horse routine in the final rotation to secure the All-Around gold.

As the 1994 world champion, Ivankov entered the 1996 Olympics as one of the favorites to win gold.  He had been nursing an inflamed Achilles’ tendon which, unfortunately, ruptured while he was in Atlanta preparing for the Games.

Then, just eleven months after the Achilles surgery, in one of the most incredible comebacks in gymnastics history, Ivankov won the All-Around gold medal at the 1997 World Championships in Lausanne.

Even with dozens of World and European medals, the one that eluded him was the Olympic medal.  He was injured at the 1996 Olympics, then at the 2000 Olympics in Sydney, he placed 4th in the All-Around, and 5th on Rings and Parallel Bars.

After retiring, Ivankov resided in Oklahoma and coached at the Bart Conner Gymnastics Academy.

In 2009, he accepted an assistant coaching position at the University of Illinois.  In 2012, he was awarded the National Assistant Coach of the Year as the Illini won the NCAA Men’s Gymnastics Championship that year.

Ivankov is now helping to train the next generation of young gymnasts.  Since, June of 2015, he has been coaching at Champions Gymnastics Academy in Katy, Texas.

He is married to Valentina Chemezova and they have a son named Yegor.

In 2019, Ivan Ivankov takes his rightful place in the International Gymnastics Hall of Fame. 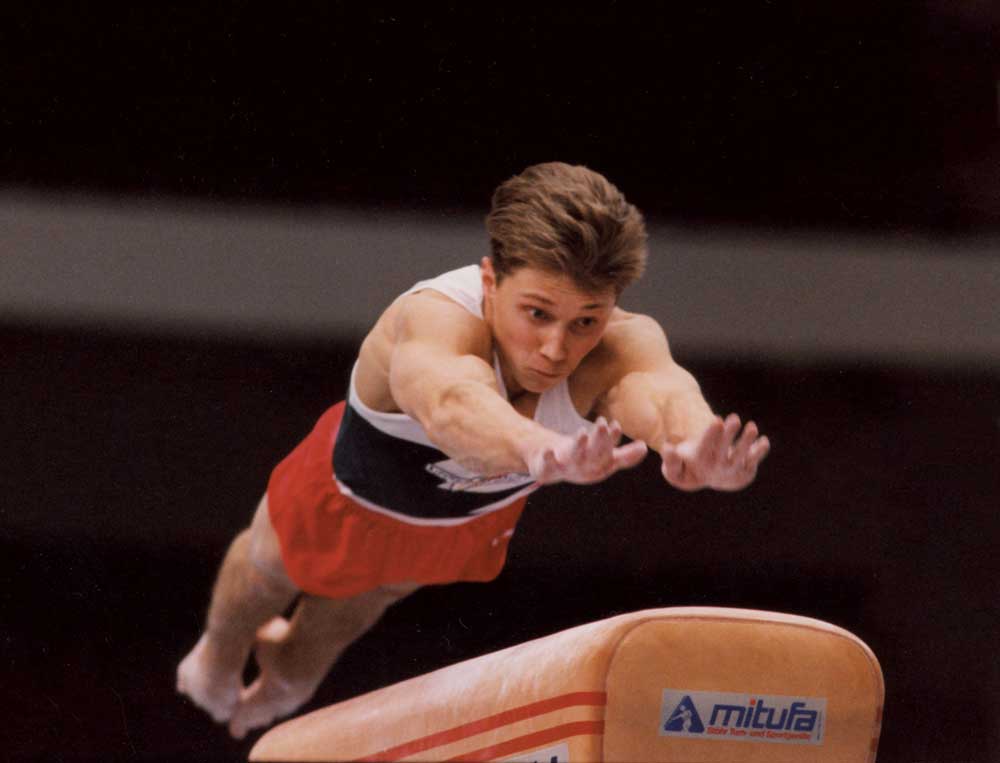 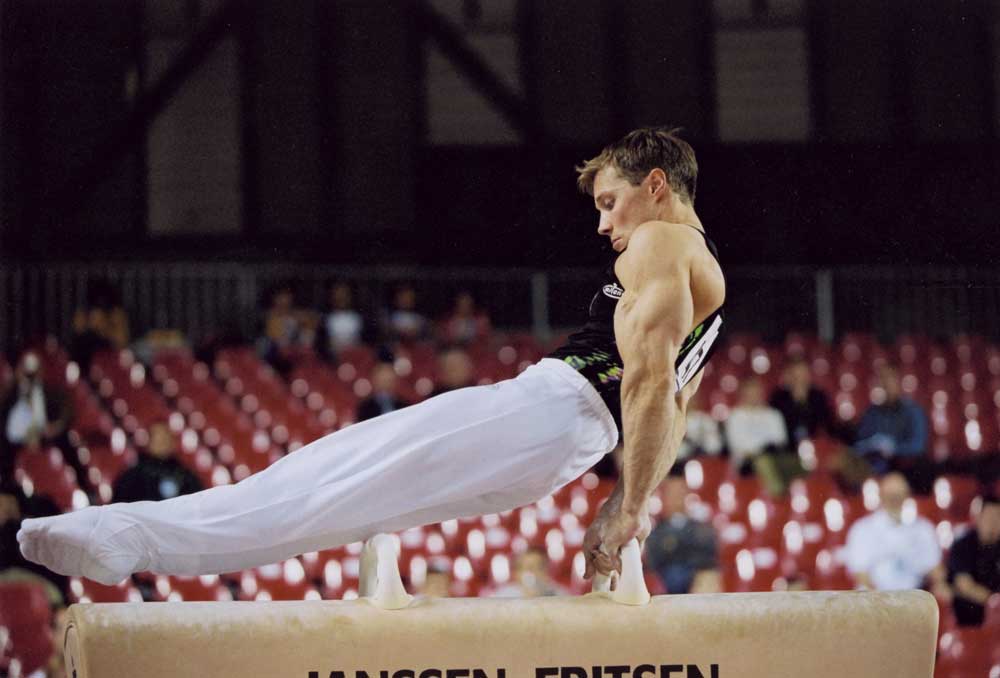 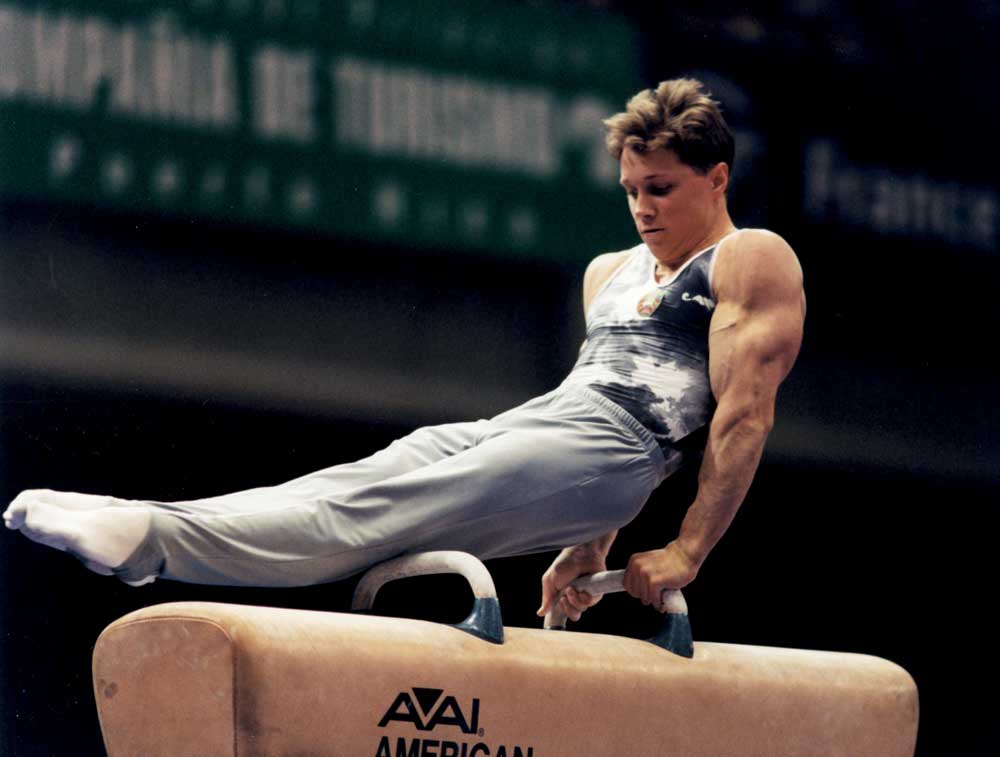 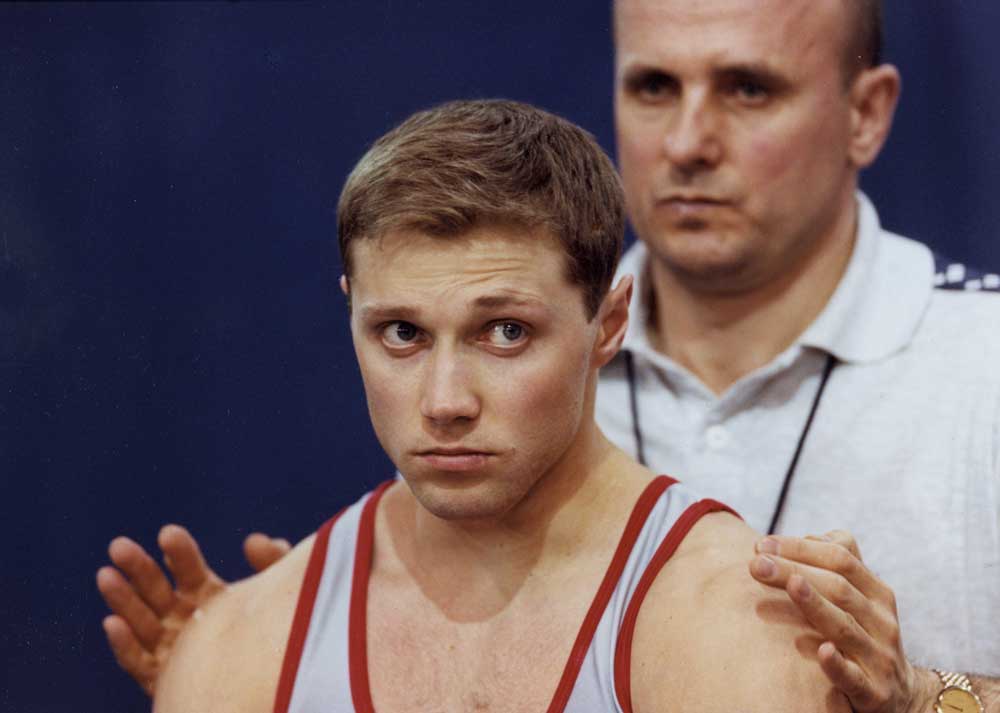